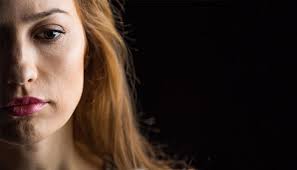 Discrimination is a real and common occurrence for most American women. A new survey by AARP finds many feel they are treated differently because of their gender or age, and others have experienced discrimination based on their looks, weight, social class, or race.

AARP partnered with the University of Chicago to conduct a national survey last fall of more than 6,600 women over age 18 in the United States. The results reveal bias in everyday encounters that are taking a toll on women’s mental and physical health, as well as their finances and career opportunities.

Beyond gender
The majority of women surveyed (75% of those age 18-49 and 63% of those 50+) say they experience discrimination regularly.

AARP reports perceptions of mistreatment differ by the age of the women surveyed.

The top reason among women 50+ who experience discrimination “at least sometimes” is age (48%), while for those age 18-49, race/ethnicity/skin tone is the most prominent type of discrimination (54%). Women under 50 have often felt treated unfairly for “being too young,” while older women have felt disrespected for “being too old.”

A part of everyday life
Feeling belittled, ignored, or spoken down to are the most common ways discrimination is experienced among women of all ages.

As for frequency, women age 18-49 indicated they encountered discrimination on a day-to-day basis more often than their older counterparts, the AARP survey found. Younger women are significantly more likely to have experienced any of the forms of discrimination cited in the survey than those who are 50+.

The survey shows that while experiences of discrimination may vary, women who experience discrimination regularly adapt to it in similar ways. Around three-quarters (77% of younger women / 74% of older women) closely observe their surroundings, six in ten (64% vs. 58%) carefully watch what they say and how they say it, and at least half (62% vs. 51%) consider feelings of safety and comfort in their everyday interactions.

Discriminatory behavior carries over into the workplace as well. The AARP research shows that 81% of working women 50+ and 92% of working women 18-49 who experience discrimination regularly have been told to look or act a certain way at work.

Impact on mental wellness
The culmination of mistreatment toward women has real consequences on their well-being.

About half of younger women (52%) say encountering discrimination contributes to a low- to moderate state of mental wellness, compared to 32% of women age 50+ who felt that same impact. Incidents involving their weight, some other aspect of their physical appearance, and social class are among the more prominent types of discrimination affecting women’s mental health, the survey finds.

Methodology
The AARP survey included a national survey of 6,643 women ages 18 and older from all 50 states and the District of Columbia. The interviews were conducted in English and Spanish; most were online, while about 100 were via telephone. The survey was weighted to be representative of the segment it represents. The survey was conducted for AARP by NORC at the University of Chicago on October 22 – November 30, 2021.